Grab your hat and mitts and experience winter like never before!

Did you know that the earliest ancient-human presence of 1.8 million years ago were discovered in Georgia? Here you will also be impressed by various ancient sites like: medieval defense towers, 5th century churches and cave towns. Some of the structures date back even to the first millennium BC. 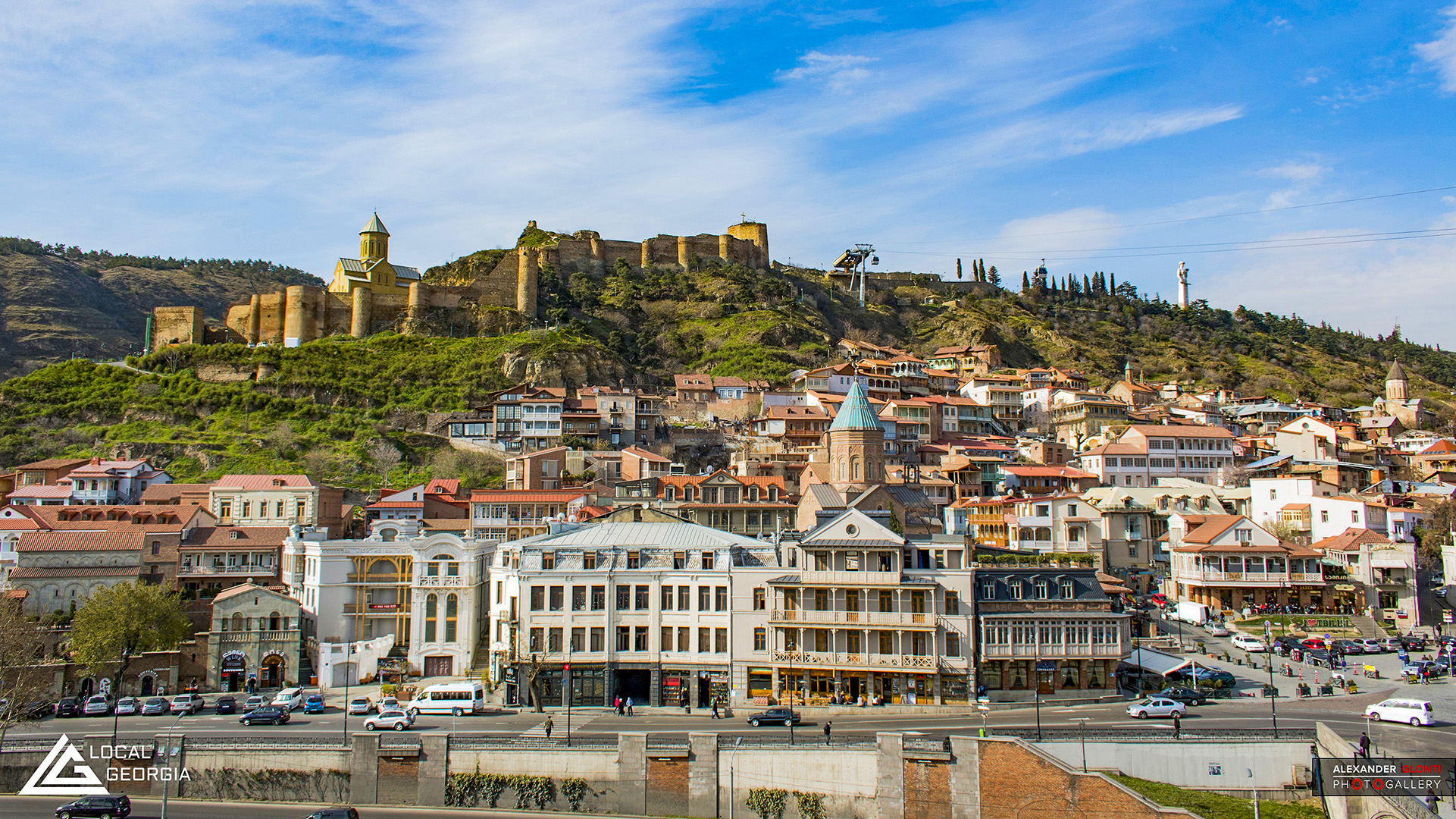 See our tours in Tbilisi »

Tbilisi is an economic, political and cultural center of Georgia, which offers lots of fun for locals and tourists. City was founded by the Georgian king in the 5th century and became the capital in the 6th century. With its rich history and diversity of nationalities living in this part of the Caucasus, you can find homes of various architectural styles here. In the center you can see the modern avenues and old narrow streets which is especially interesting for our tourists.

Just a short ride away from Tbilisi and you can visit Mtskheta. This UNESCO World Heritage Site attracts huge crowds during the whole year. Beautiful frescoes of Svetitskhoveli Cathedral, and excellent model of medieval Georgian religious architecture awaits you here. Another important site to visit is Jvari Monastery Translated as “The Monastery of the Cross”, Jvari is a 6th Century site that has a shape of a cross. It is located on a mountaintop offering a great view at the confluence of two rivers Mtkvari and Aragvi. 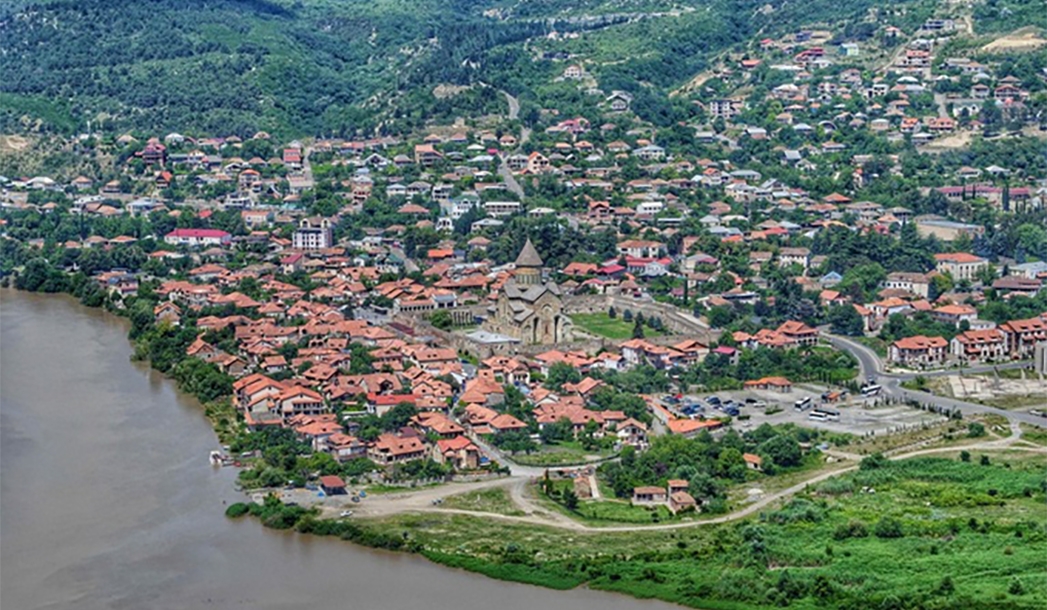 See our tours in Mtskheta » 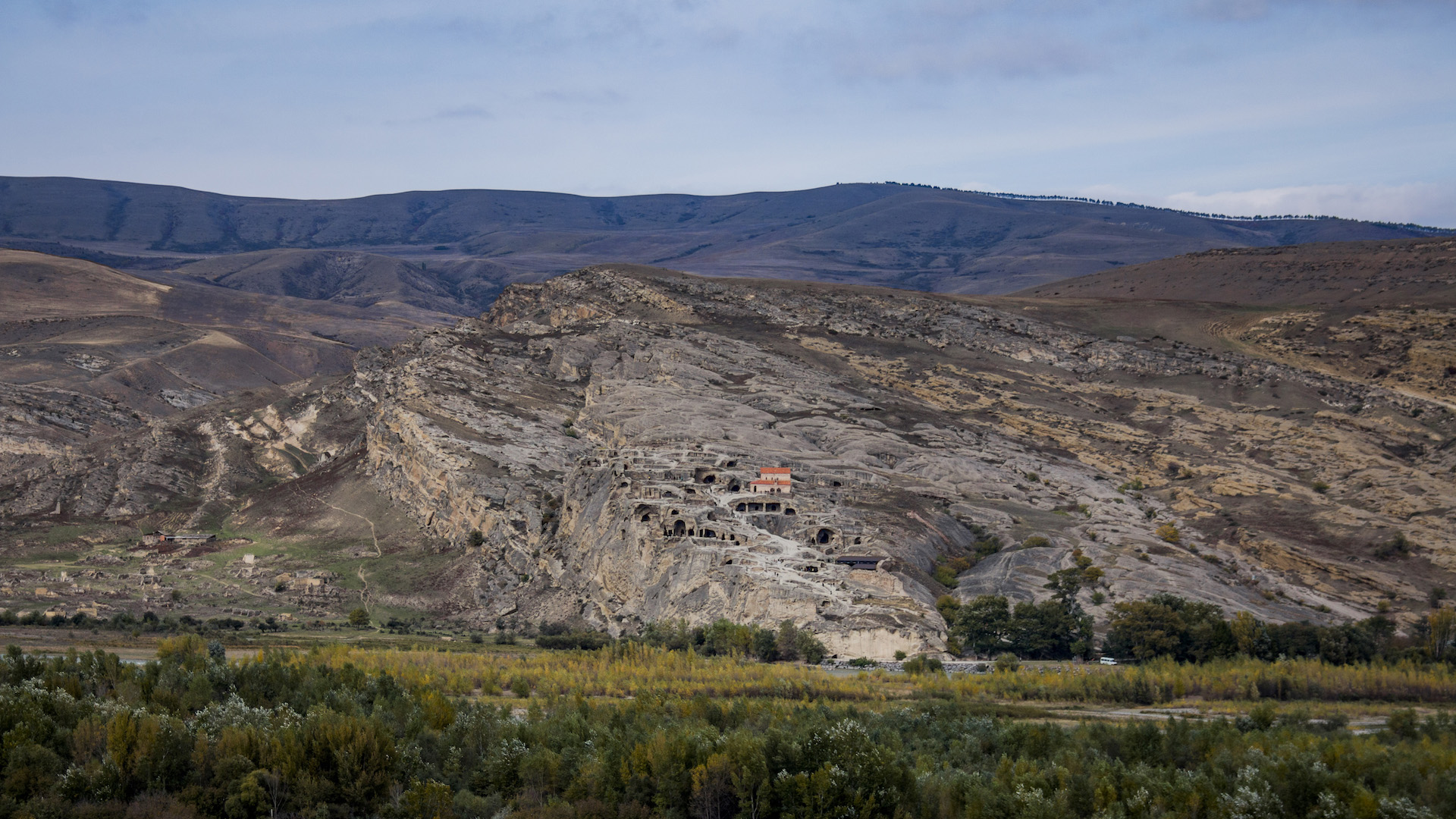 See our tours in Uplistsikhe »

Uplistsikhe is a cave-town and it is Located on the hills of Shida Kartli. This town is believed to have been a major economic and political center of the Kingdom of Kartli which led to many invasions and reconstruction of the city. You can find different architectural styles here, including Christian, Anatolian, Persian, and pagan. It also contains several structures from the Early Iron Age to the Late Middle Ages.

Vardzia is a rock-carved town-fortress stretched over 500 meters. It is located in the historic region of Samtskhe-Javakheti and consists of 600 rooms.
This town was founded by Queen Tamar in the 13th century to serve as a functioning city during the various invasions the country was facing back then. The vast amount of the town was destroyed by the earthquake in a couple of years after the completion, however, you can still wander around hundreds of rooms, visit wine cellars, and admire rarest frescos at the church. 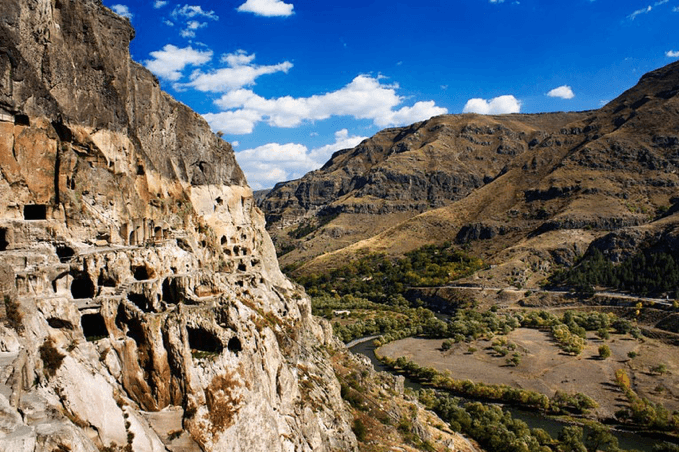 See our tours in Vardzia » 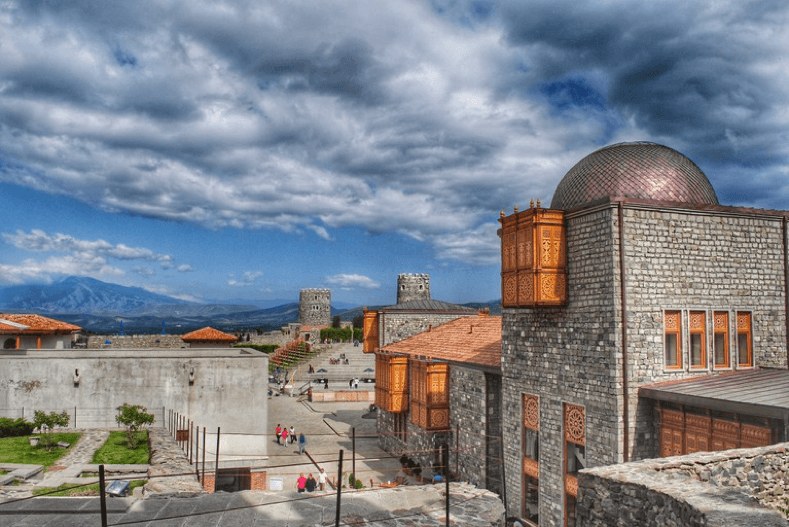 See our tours in Rabati »

Newly-renovated Rabati Castle was built in the 9th-century and was called Lomisa Castle until the Ottoman takeover. What makes this site a unique landmark is that it developed under the influence of different cultures over the centuries. The castle spans seven hectares and includes a church, mosque, synagogue and a minaret.

Stepantsminda was formerly known as Kazbegi and the majority of people still call this beautiful little town “Kazbegi”. Stepantsminda attracts many travelers with its gorgeous scenery, hiking and rafting opportunities. This panoramic place is overlooked by massive mountains and it is one of the finest spots to camp with a tent. Here you can enjoy breathtaking views of Mount Kazbegi rising up to 5,047 m above the sea level. From the town, you can either drive up towards Gergeti Trinity Church or do a short hike. The church lays right under the foot of the Mount Kazbegi, at 2,170 meters above the sea level, making it one of the most stunning landscapes of the country. 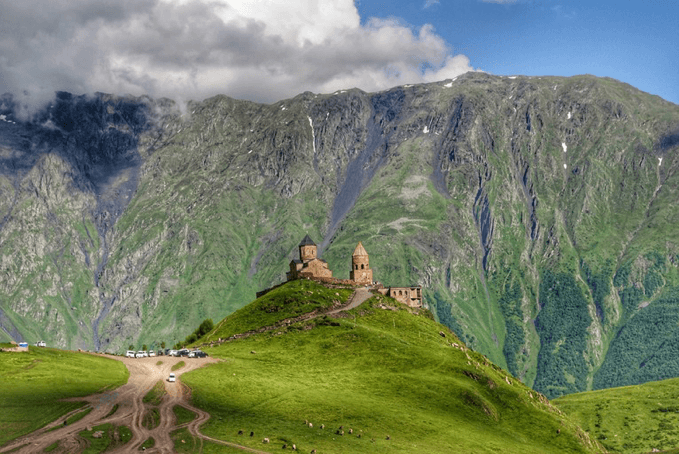 See our tours in Stepantsminda » 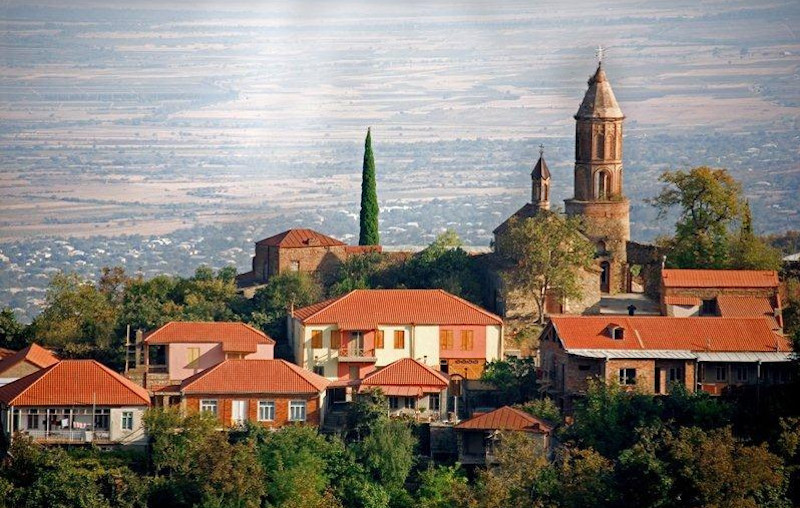 See our tours in Signagi »

Sighnaghi offers marvelous views over Alazani valley. It lives up to the fame of being one of the most charming towns in the country. Red rooftops with the background of the Great Caucasus Mountains, narrow cobblestone streets, and colorful timber houses is scenery you wouldn´t want to miss.

The central city of Samegrelo region and a stopping point on your travels to Svaneti, Zugdidi is home to the beautiful facades and captivating architectural exhibits at the Dadiani Palace. In ancient times, Samegrelo was part of the Colchis. It is rich in cultural traditions and archeological artifacts, as well as untouched natural beauty. Samegrelo region is characterized by its distinguished spicy and hot meals, so whenever you visit Zugdidi, make sure to try some of of Megrelian meals. Samegrelo is mainly inhabited by Megrelians. They speak a dialect of Georgian known as Mingrelian and nearly all speak fluent Georgian. Mingrelians are one of the largest Georgian subgroups, making up 23% of the whole population. 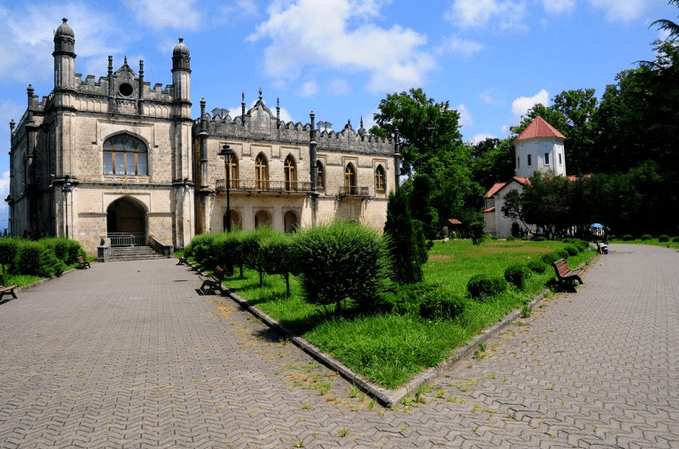 See our tours in Zugdidi » 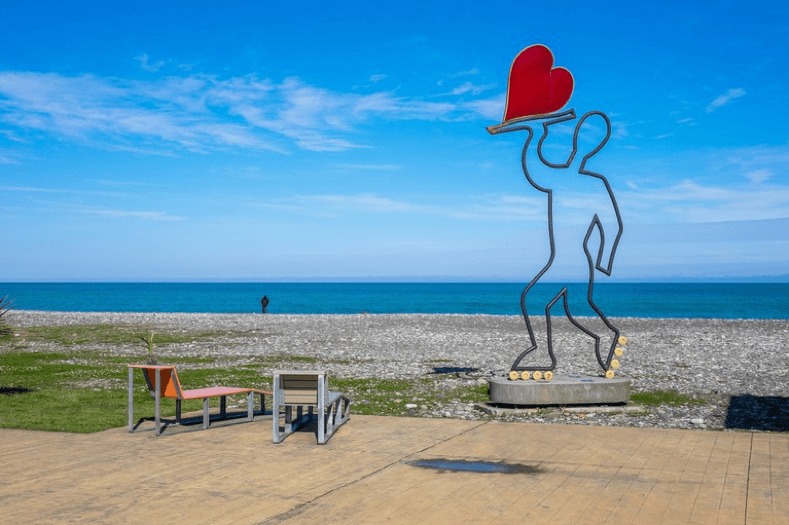 See our tours in Batumi »

Batumi in Adjara is the third-largest city of Georgia, located on the coast of the Black Sea in the country’s southwest. The city is rapidly developing and is becoming beloved destination for foreign and local tourists. You can start your morning by relaxing at the beach, then you can visit botanical garden and enjoy beautiful black sea sceneries, if you like to eat some pastries, Adjarian Khachapuri is the best choice here. Adjara, this coastal region of the Black Sea is not all about Batumi. There is much more to explore rather than spending a whole day at the beach. Zemo Adjara, or Upper Adjara, boasts with wild, untouched nature, old wooden houses, mountainous landscapes and national parks. The main areas to visit is Khulo Municipality and its Goderdzi Pass, located at 2,025 meters above the sea level, Shuakhevi, Keda and Beshumi.

All Season in Georgia